Shopping Cart
Your Cart is Empty
Quantity:
Subtotal
Taxes
Shipping
Total
There was an error with PayPalClick here to try again

Thank you for your business!You should be receiving an order confirmation from Paypal shortly.Exit Shopping Cart

I don't have very many pictures of this outfit, so I have included the three here that I have. This a is a very traditional Elizabethan Nobles outfit based on portraiture and extant garments that I would place roughly in the 1550's-60's

The doublet is made out of a green uphulstery brocade that has Fleur de Lis on it. It closes down the front with hooks and eyes and is lined with a sand colored linen. It is a bit difficult to see the brocading on the doublet as well as see that there are pearls and semi-precious stones on it, too.

The sleeves are traditional tie on sleeves, though I cut the sleeves a bit too deep under the arm, so there is a bit too much white from the shirt showing for my taste. The sleeves are made of the same fabric as the doublet, except for the pane in the top. The pane is made of a complimenting fabric that has a row of brocaded fleur de Lis on it and is beaded with pearls and semi-precious stones.

The trunk hose are a very simple traditional pattern that I crafted in green cotton velveteen and lined with a white linen. They closed down the front with lacing and large pearl buttons.

The hat is an Italian Toque made of black velveteen, buckrum, and lined with linen. The hat band is gold metallic trim with pearls, and there is an array of small quail feathers inserted into the band.

I originally crafted this outfit in 1998 or 1999 for Laurel's Prize tourney in Ansteorra, and it has held up wonderfully well considering that the pictures below were taken in 2007. However, like most of my Elizabethan I have outgrown it. I started hitting the gym hard and heavy in 2001 and my chest got too big for the doublet which is why in the pictures it's closed at the waist and open at the chest.

Now in 2009, my waist is doing what my chest did (though not from nearly so healthy of activity) and I can barely get the damn thing on...but that is soon to be remedied. 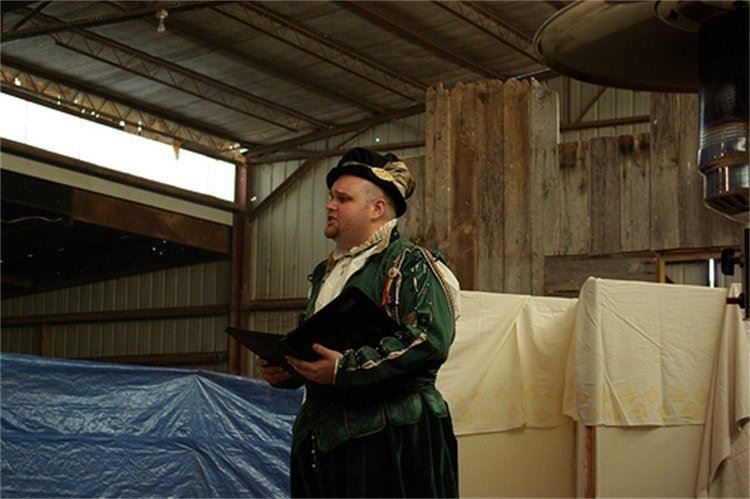 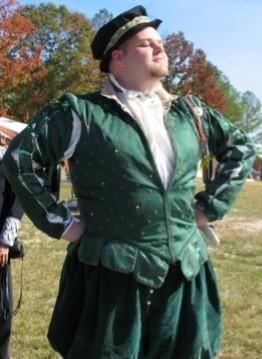 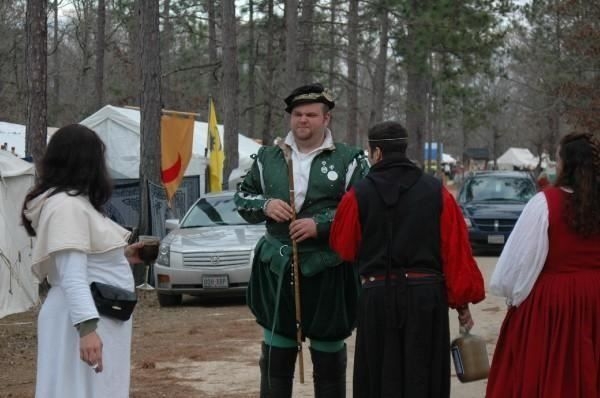